WingtraOne handles wind differently than most drones due to its unique VTOL tailsitter design. This article describes the optimal configuration of the drone, related to the operator, in order to achieve the highest data and flight quality

WingtraOne can be operated safely in the specified wind bounds without caring about wind direction during flight planning. The specified wind limitations can be found in the Environmental conditions article.

Flight behavior and data quality are influenced by wind and can be optimized if you follow some recommendations during the different stages.

In order to reduce drift before and right after take-off, place the wing parallel to the wind to minimize the wind attack surface. The drone placement does not need to be adjusted to fit the transition direction, the orientation will be automatically adjusted during ascending. You need to reserve more space on take-off in high winds. Make sure to not stand in wind direction behind the drone.

For take-off and landing, it is important to maintain a safe distance from wind barriers or obstacles, such as buildings, as this can produce uneven turbulences that can cause the aircraft to drift uncontrollably. It is NOT recommended to fly near wind barriers on the ground or land near objects placed to reduce wind. Let the WingtraOne naturally adjust direction into the headwind and ride the wind current free of uneven turbulences during the descent. 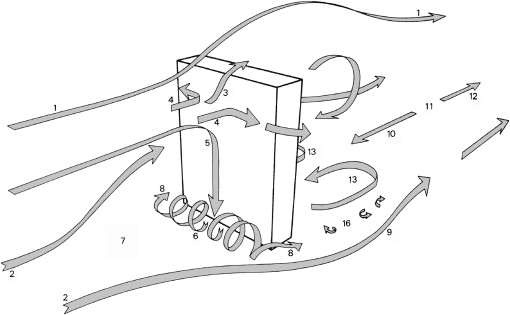 Within the specified wind bounds, WingtraOne can handle all orientations, but we typically want it to transition into the wind given the choice. Safety and adhering to regulation should be the first concern, but if given the option, try to transition into the wind. During back transition in high winds, it can happen that WingtraOne flies slightly over the home point, make sure there is some extra space. In this case, the drone will move back over the home position before descending.

Set the flight direction such that the sweeps are flown perpendicular to the wind in order to maintain a consistent speed during data collection. Try to reduce heavy tailwinds or wind blowing from behind during flight. In case of heavy elevation change, prioritize flying parallel with contour lines over any adjustments for wind in case both are not possible to account for in your planning. The consequences of less-than-ideal positioning for wind are potentially less than flying too close to the ground. 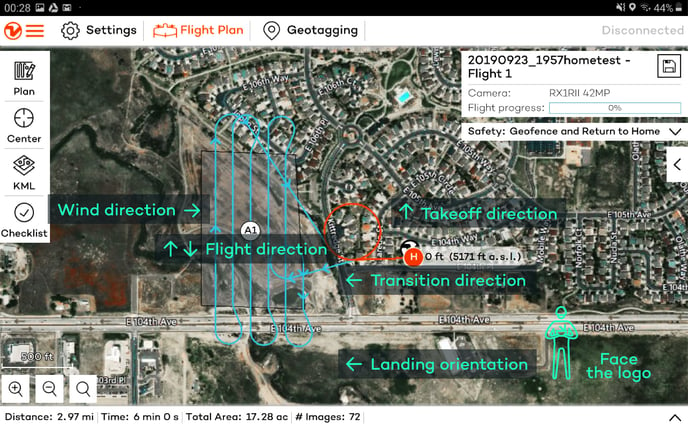 Direction: Turning into the wind 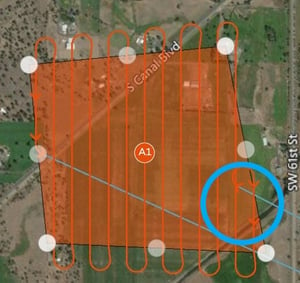 When choosing the direction of the flight it's important to look at the arrows that show the trajectory of the drone in the sweeps. As the drone will make a turn after each line, it will be more efficient to turn into the wind rather than being carried away by the wind. All the turns will face the same direction so make sure that the turns are made against the wind and thus, be more effective.

This is the most important part to understand for flying in winds. Spatial orientation is an important concept to safely control the UAV on the descent. Spatial orientation defines our natural ability to maintain our body orientation and/or posture in relation to the surrounding environment. During an automated landing, WingtraOne naturally orientates into the wind, and will continue to naturally turn into the headwind dynamically. This is why it might turn around its vertical axis during descent. 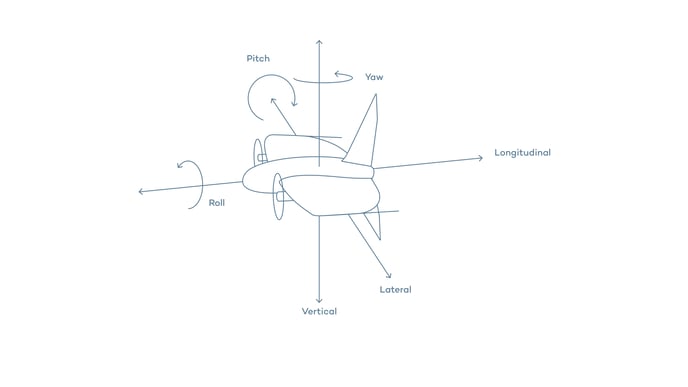 The WingtraOne allows you to take control and adjust the landing manually. Use the Pause functionality in WingtraPilot to stop the descent and to hold the position mid-air. Then, you can reposition WingtraOne using the tablet as it is explained in the Reposition WingtraOne for landing article. Be aware, the drone can not be turned around its vertical axes in case of wind.


The automatic landing is recommended to interrupt in the following circumstances:

After adjusting the position or waiting for wind gusts to pass, we recommend to let WingtraOne land automatically with the functionality "return to home" or "land on spot". The control algorithms are better in immediately adjusting to wind compared to human reaction.

More about drones in wind on our blog: Learn why all mapping drones will face limits and in winds and how WingtraOne is designed to deliver robust, reliable data at higher levels.