Learn how to update the software of your WingtraOne and WingtraPilot. Both systems always need to run on the same software version!

You will profit from software updates Wingtra provides for both WingtraPilot and the WingtraOne firmware. When connected to the internet, WingtraPilot will inform you when a new update is available with the following message.

To enable the latest software improvements, please follow the instructions below to update your WingtraPilot and WingtraOne.

Before updating the operating system of your tablet, please have a look at recommended Android OS version. 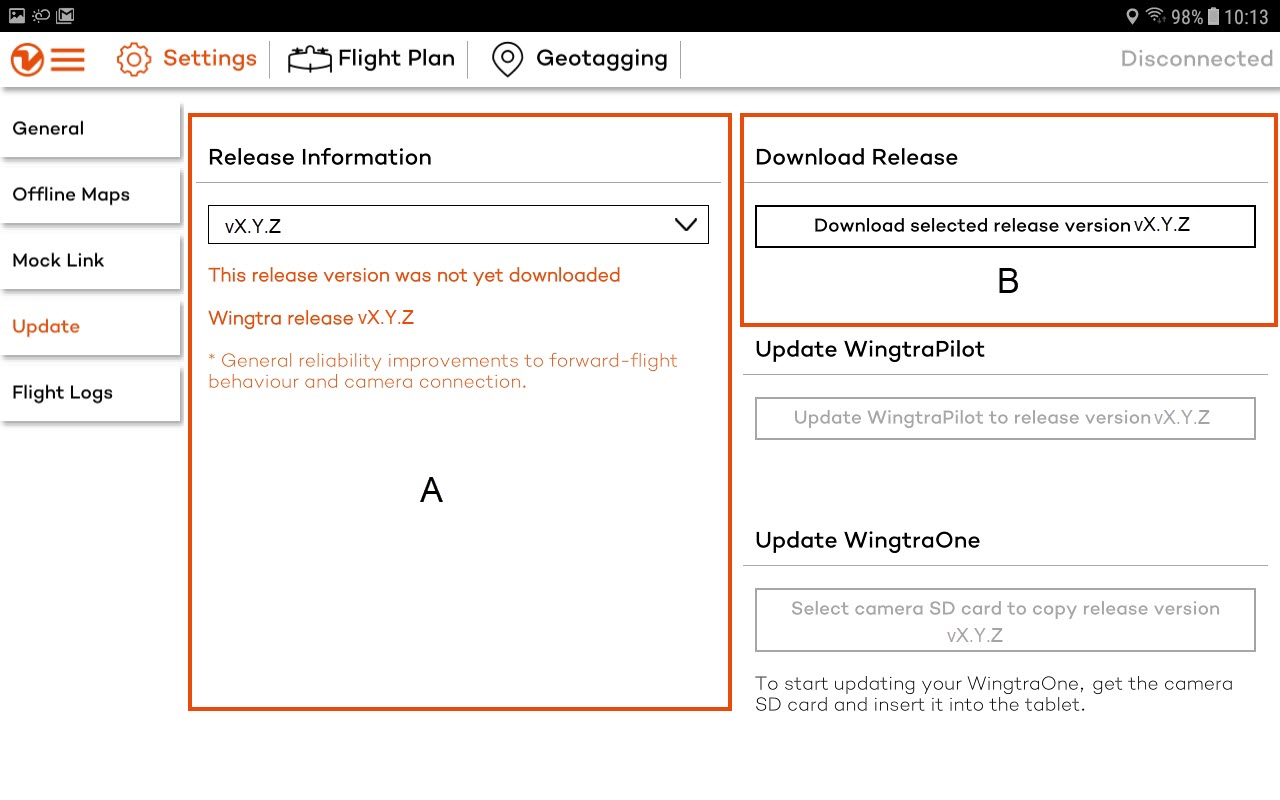 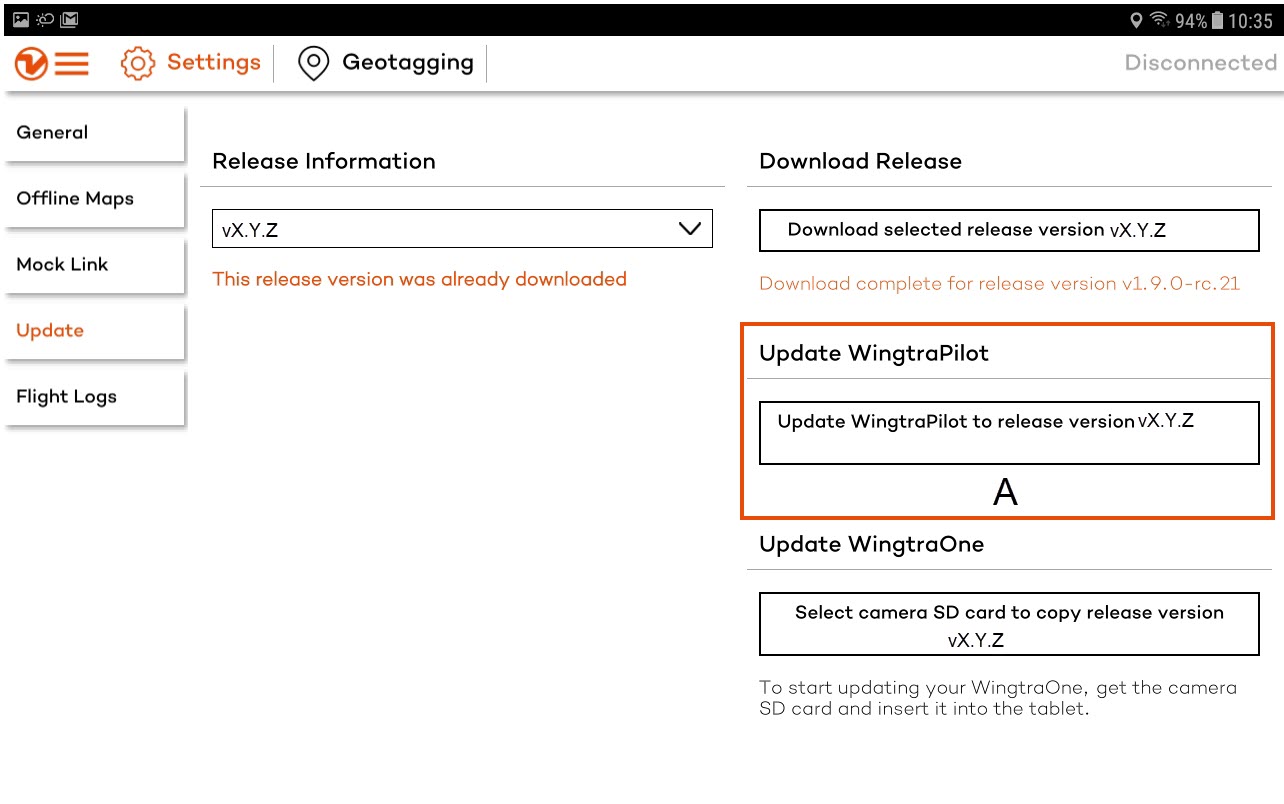 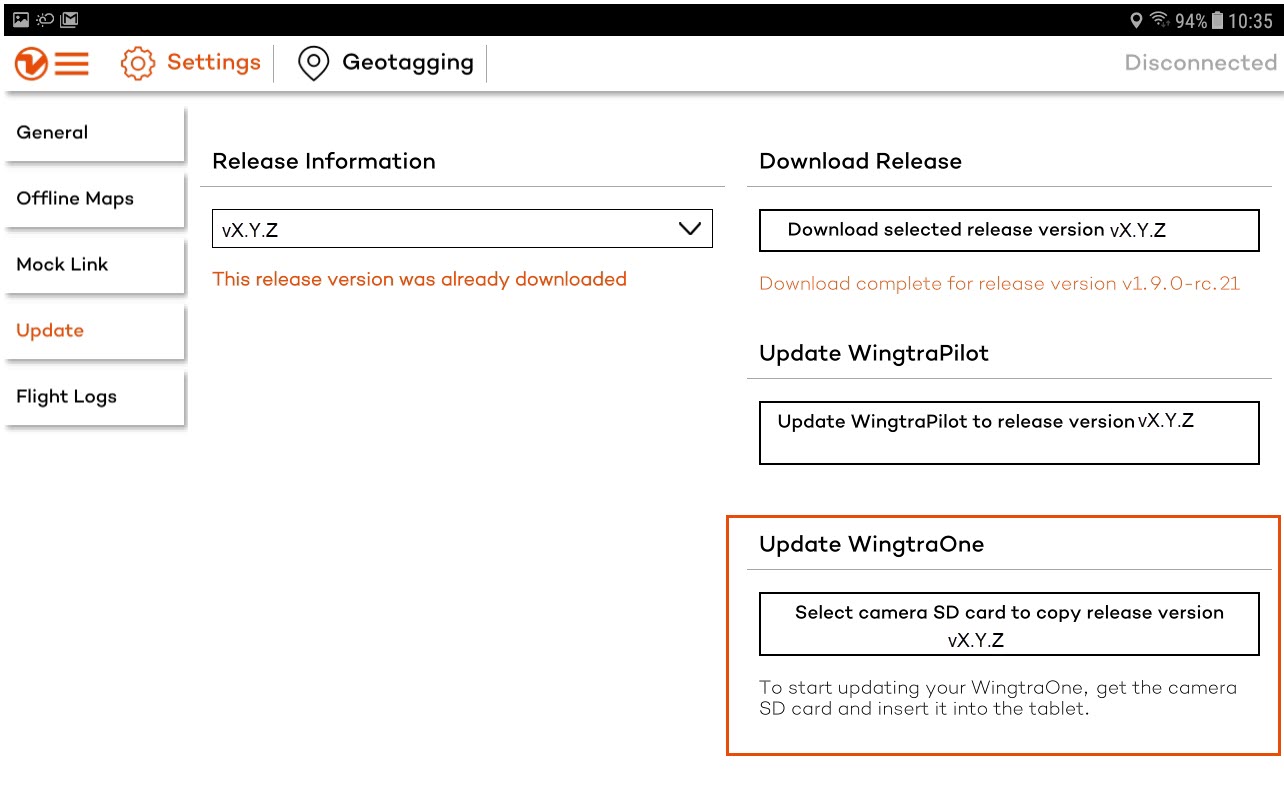 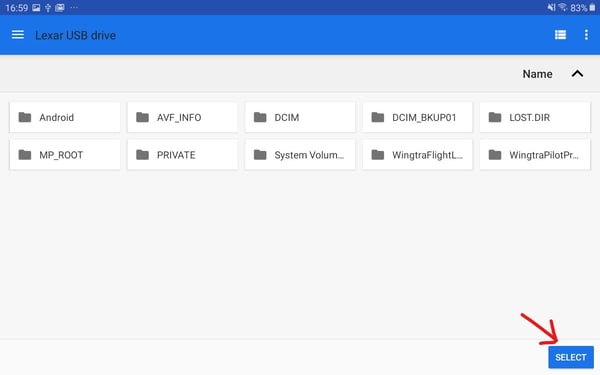 If the update of WingtraOne fails, please repower WingtraOne and see if it succeeds. If it still fails, check out the troubleshooting section at the bottom of this article.

First check that the drone has power, telemetry connection and that the camera is connected.  The next step is to look on the SD card to make sure the update file is in the root folder. If it is in the correct spot, transfer the file out of the folder, reformat the SD card, then transfer the update file back on the SD card so nothing else but the file is loaded.  Reinsert the SD card into the drone, connect the telemetry, open the top cover and monitor the camera screen, click Enter on the camera to set image database, and then click to the general screen. If a message asking if you want to recover the data appear, click Cancel and proceed with the process.

The system should prompt you to update now.  If downloading and copying within the update tab in WingtraPilot does not work automatically, you can download through the link provided in step 2. A tablet or computer can be used to transfer the update file to the SD card.  The file “WingtraOne_vX.Y.Z.tar” needs to be dragged to the root directory of the SD card.

If you use a computer make sure to eject the USB properly.  Make sure after formatting to press enter on the camera. 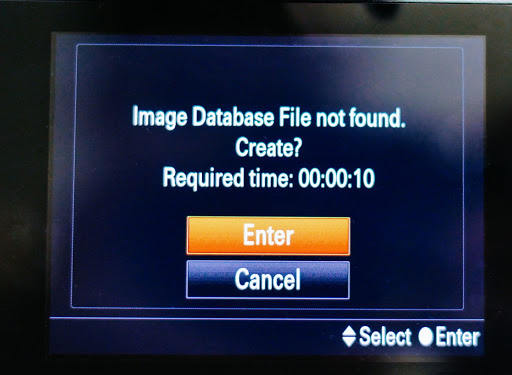 The message shows up that update failed

If WingtraPilot shows the following failure dialog, WingtraOne was not able to update. You need to retry updating WingtraOne by again copying the update files to the SD card via WingtraPilot and following the procedure as described above.

The message shows up that previous version restored

If WingtraPilot shows the following dialog, WingtraOne was not able to update and restored to the previous version. After confirming this dialog you need to restart update by copying again the update files to the SD card via WingtraPilot and follow the procedure as described above.

I get a warning about incompatibility of WingtraPilot and firmware versions

If WingtraPilot shows the following dialog, WingtraOne has a different firmware version than the application.  Please follow the above procedure for updating both the tablet and drone.

I get the warning “WingtraOne is not fully set up. Please repower WingtraOne. If the problem persists please contact support”

If WingtraPilot shows the below message after powering on WingtraOne to update the firmware, do not power off WingtraOne. WingtraOne firmware will be updated despite this message. Wait having the plane powered on till the update is finished. 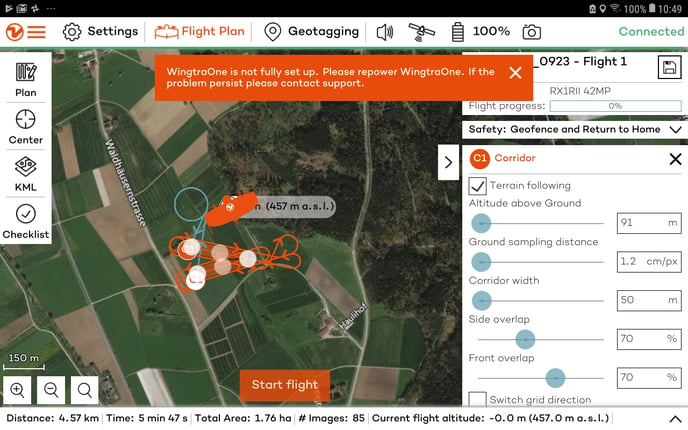